Ashish Masih is Encore Capital Group’s President and Chief Executive Officer. Mr. Masih joined the company in 2009 and was appointed President and CEO in June 2017. In his prior role as President of Encore’s largest business unit, Midland Credit Management (MCM), Mr. Masih was responsible for internal call centers, decision science, legal collections, marketing and all other operational units. He also oversaw Encore’s Asset Reconstruction Company, which is now operational and is purchasing debt portfolios in India. Prior to this role, Mr. Masih served in three additional roles at Encore: Executive Vice President, MCM operations, Senior Vice President of legal collections operations, and Senior Vice President of corporate development. Prior to joining Encore, Mr. Masih was Vice President at Capital One Financial Corp., where he held senior roles in its U.S. credit card business. Prior to joining Capital One, Mr. Masih worked at McKinsey & Company and KPMG Consulting.

In 2019, Mr. Masih was named by U.S. Secretary of Commerce Wilbur Ross to the U.S.-India CEO Forum, which brings together business leaders from both nations to discuss ways to strengthen economic and commercial ties. From 2013-2015, Mr. Masih was elected to the Receivables Management Association (RMA International, previously DBA International) board of directors, where he served as both a director and a member of its Federal Legislative and Regulatory Committee.

Amy Anuk is the Senior Vice President and Managing Director of Encore Advantage, an Encore Capital Group company, and a member of Encore’s Executive Leadership Team. In this role, Ms. Anuk leads Encore’s servicing business in the United States, Encore Advantage, which is a subsidiary of Encore Capital group and is Encore’s greenfield business launched in 2019 to provide value from our deep consumer insights and global best practices to clients through a variety of servicing models.

Ms. Anuk, who has been with the company since 2002, was previously the Senior Vice President of Business Development for Midland Credit Management, an Encore Capital Group company and a market leader in the United States in purchasing distressed receivables. In this role, she oversaw the acquisition of portfolios, managed the company’s partnerships with financial institutions, and developed and led high performing teams. Under her direction, Midland Credit Management invested more than $5 billion from 2008 to 2019. During her tenure, she was instrumental in strengthening the company’s reputation and reach throughout the financial services sector, and served on numerous industry task forces, committees, and boards.

Ms. Anuk received a Master of Business Administration from San Diego State University. She is on the Board of Directors of Jump Start Finance. Ms. Anuk is the founder and current chair of Encore’s Women’s Leadership program, Women@Encore, and partners with peer executives to lead Encore’s diversity and inclusion effort focused on nurturing inclusive cultures where diverse talent thrives. 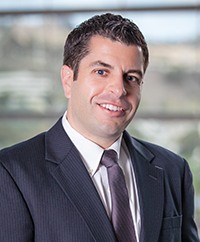 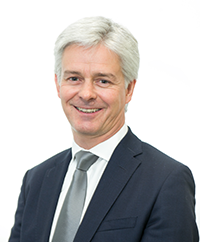 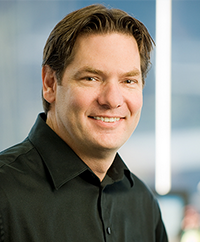 From 1999 until 2008, Mr. Call served in-house at Gateway, Inc., the computer maker and holder of one of America’s strongest consumer brands, where he ultimately led the company’s law department as Vice President, General Counsel. From 2009 until joining the Company, Mr. Call was a shareholder of New Hope Legal Center, Inc. From 1994 until 1999, Mr. Call was an attorney at the law firm Milbank, Tweed, Hadley & McCoy LLP, a leading international law firm, where his practice focused on complex commercial litigation and dispute resolution. Mr. Call received his bachelor’s degree in English from Brigham Young University in 1991 and his Juris Doctorate with honors from the J. Reuben Clark Law School at Brigham Young University in 1994. 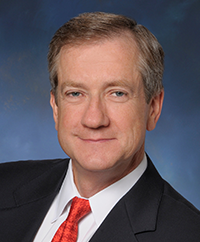 Jonathan C. Clark is Encore’s Executive Vice President, Chief Financial Officer and Treasurer, serving in this capacity since February 2015. In this role, Mr. Clark is responsible for managing relationships with the investment community, leading capital raising efforts, and for financial reporting, treasury, tax, financial planning and analysis, corporate development and strategy functions. Clark became a director of Encore’s UK subsidiary, Cabot in January 2019.  He joined the company as CFO for Encore’s US subsidiary, Midland Credit Management in October 2014 and became a director of Midland Credit Management in March 2015.

Before joining Encore, Clark was Executive Vice President and Chief Financial Officer of SLM Corp., also known as Sallie Mae. During his time at Sallie Mae from 2008 until 2013, Clark increased investor value, reestablished the organization as a major player in the securitization market, and guided the company during the global financial crisis. Prior to joining Sallie Mae, Clark served as a Director and then a Managing Director at Credit Suisse Securities from 2000 to 2007, after having served in various executive roles at Prudential Securities, The First Boston Corp., and a variety of other companies during his career. Clark earned an economics degree from the University of Virginia, and a master’s degree in business administration from the Harvard Business School.  In addition, Clark has been a board member of the Jefferson Trust since November 2018. 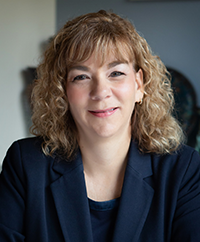 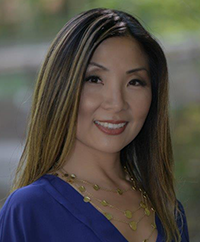 Ms. Ting comes to Encore from Avanir Pharmaceuticals where she was their Chief People Officer. As a high-performing leader with an influential mindset and a creative strategist, she drove key business objectives and set strategic direction for people and overall culture towards innovation, growth and accountability. Prior to Avanir, Ms. Ting served as the Senior Vice President and Chief Human Resources Officer at Affymetrix, a public global life science tools company, up until its acquisition by Thermo Fisher Scientific in 2016. Ms. Ting was pivotal as part of the executive team that led the company’s successful turnaround and cultural transformation. Prior to Affymetrix, Ms. Ting worked at Varian Medical Systems, the global market leader in radiation oncology, for 15 years and held various leadership roles in HR and Finance and contributed toward its worldwide growth from 1,900 to 8,000 employees. Prior to Varian, Tracy worked at PricewaterhouseCoopers LLP (formerly Coopers & Lybrand LLP) in Los Angeles.

Tracy holds a Bachelor’s degree in Communications Studies with an emphasis in Business Administration from the University of California, Los Angeles. 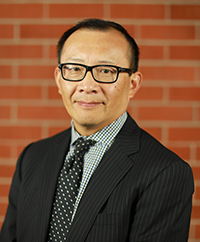 John Yung joined Encore Capital Group in July 2015 and currently serves as Senior Vice President, Chief Global Strategist and Growth Officer. In this role Mr. Yung oversees the global development of new product and markets. Additionally, Mr. Yung is the Group Executive responsible for Latin America and Asia Pacific overseeing the business of Encore Asset Reconstruction Company (EARC) in India and portfolio investments located in Colombia, Peru, Mexico and Brazil. Mr. Yung previously served as the Chief Executive Officer of Baycorp, a former Encore Capital Group Company, for two years, leading a turnaround of the Australian and New Zealand businesses. Prior to this, Mr. Yung was Encore’s Senior Vice President of Strategy where he was responsible for guiding the strategic direction of the company, with a focus on long-term strategies to ensure ongoing profit and growth.

Before joining Encore, Mr. Yung was a co-founder of ZenBanx Holding Ltd., an international fintech company which was acquired by Sofi. Prior to that, Mr. Yung held several positions at ING Direct USA, including Head of Consumer Lending and Head of Customer Research and Analytics. Mr. Yung also served in executive positions with Bank of America, MBNA and Sears Roebuck and Co.

Mr. Yung earned a Bachelor of Arts in Economics, with Honors, from the University of California Davis, and a Master of Business Administration in Finance and Marketing from Duke University.